Nearly a month, in fact.

I meant to write a big reflection-type post with lots of feelings and thoughts, but more than reflecting on my 30-total years--

--well, 29-total, since I'm in my thirtieth year, if we're being specific.

More than reflecting on my 29-total years, I've found myself thinking mainly about my twenty-ninth year specifically.

It was my best year.

I got to finish my 20's and pass into this grand new decade of (supposed) adulthood by having my very best year.

It was also my very hardest year, which surprises me since I had a few hard years in my 20's. 2006. 2014. Both pretty not great years. 2010 was hard too. But I think what's different between those years and this year is that I feel like I have so much to show for this hard year.

Not the least of which is, you know, turning 30.

I lived in England this year, which was life changing and dream-come-true and lonely and wonderful.

I visited Ireland, Italy, Spain, Scotland (twice) and traveled all across the country.

I saw 41 plays in Birmingham, London, Manchester, Liverpool and Carlisle.

I visited the States twice. I went to LA, Las Vegas, Maine, and of course Utah sweet home.

I got engaged to the greatest man who ever lived, in Hollywood, CA no less, and then we celebrated in Disneyland.

I played the greatest prank of all time on my parents.

I got two sinus infections, a nasty bout of laryngitis, and my thyroid swung low again.

I performed in three plays.

I rang in 2016 in London with my sweetheart next to the London Eye and then walked 4 miles back to South Kensington on the greatest night ever.

I fell more in love with two small cats than I ever thought possible and have relied on them for emotional stability far more than any domestic creature should ever have to provide a human, which they've allowed me to do without complaint.

I cut a fringe in my hair again, which I think has been a success?

Turns out everything I thought I knew about singing, moving, standing and breathing are completely inefficient and wrong.

My sweetheart lived 4791 miles away, but he's been able to visit four times including two lengthy work assignments!

My family lived 4795.3 miles away, but they've been so supportive and encouraging and I can't wait to show them my home sometime next year.

I learned to cry again, in pain but mostly in joy.

I've never felt more excited, terrified, prepared, unqualified or ready for my career as an actor.

I lost 20 lbs-- and then gained it all back surrounded by my family and the best friends I never could have dreamed.

I began to adjust to and take on the joys and awkwardness and difficulties and excitement of blended families.

I have become comfortable with Military Time.

I was mugged for the first time ever in my life, without even knowing it!

I gave some drunken Scottish youths a good piece of my mind, like a proper curmudgeon.

I say "toilet" for bathroom and "corridor" for hallway and "shop" for groceries and (most horrifyingly) "y'alright?" for how are you.

My social circle has parred down so far I almost don't recognize the former butterfly I once was. I'm so grateful to truly know the meaning of friendship, and to have learned to rely on myself.

And as I stood on the south bank of the Thames at 11:30pm, 18 September, eating frozen yogurt from a Snog food truck whilst a street performer sang my favorite song "Here Comes the Sun", waiting for Big Ben to chime in my birthday like I heard him chime in 2016, I looked at the National Theatre in the dark and just knew that everything I've done, everything I've learned, everything I've unlearned, all of the letting go and taking on--

--it led me to that exact moment of peace and stillness and accomplishment and pure ambition.

Oh how grand.
Posted by @emllewellyn at 9:36 AM

Amazing content shared by author/writer.
I guess the author has done very good and a quality research on the topic before writing it.
Hats off on the writing skills.
Also see for trojan virus remover

Should I give my honest reviews about this article?
Well, amazing writing style, proper flow and damn good research on the topic.
Read more about best IAS institute jaipur for IAS and if looking for a good news site with regular updates,
then checkout this --> Latest news In World | Breaking News | HOB | House Of bakchodi.
Are you moving to a new and far place and finding difficulty in moving and packing your stuff?
Call best packers and movers in jaipur

What are the requirements?

Be familiar with how to fly their Mavic, Phantom or Inspire
Understand local regulations
Understand safety procedures and pre flight checks
What am I going to get from this course?

Use the Litchi Mission Hub like a pro
Frame the subject in a video correctly for best results
Use the Litchi app and camera settings to get best results
Understand theoretical concepts like interpolation to advance your skills
Perform a killer shot called "the Flyby" which is the fundamental aerial shot
What is the target audience?

Anyone who is interested in taking the Phantom Filmschool courses
Anyone who owns a Mavic, Phantom 3/4 or Inspire
Anyone who wants to learn about automated flying
The 100 Best Fishing Drones for 2018

What are the requirements?

Be familiar with how to fly their Mavic, Phantom or Inspire
Understand local regulations
Understand safety procedures and pre flight checks
What am I going to get from this course?

Use the Litchi Mission Hub like a pro
Frame the subject in a video correctly for best results
Use the Litchi app and camera settings to get best results
Understand theoretical concepts like interpolation to advance your skills
Perform a killer shot called "the Flyby" which is the fundamental aerial shot
What is the target audience?

Anyone who is interested in taking the Phantom Filmschool courses
Anyone who owns a Mavic, Phantom 3/4 or Inspire
Anyone who wants to learn about automated flying
The 100 Best Fishing Drones for 2018

Superb explanation! I found everything I was looking for. Thanks for being such a great resource! Cyber crooks may gain access to iPhone devices

https://pixengo.com/best-microphones-for-youtube/
Finding the best microphone for youtube channel can be tricky. That's why Youtubers change their mic very frequently as they hike up in their career. I've personally changed more than 30 microphones for my usage. I've tested more than a hundred microphones while setting up home studios for my clients. I thereby know the in's and out's of microphones (you're in expert hands).

so which is kind of cool I like that but you got to remember it's just a dye so even if it's a funky color it's gonna wear off in a couple of ways so don't be don't be afraid of you know to add some color to it alright let's continue alright so we getting ready to attach the heel base I used five-eighths threaded nails where there your / threaded nails you want it to basically reach down basically just to the leather sole you don't want to coming through the inside because there's no heel lining on the spare to cover up all the nail nails that pop through with seven of them on there just like what it is in the original which is enough sometimes the he'll be separates here so what I did was I took there's three layers there so I took all of them apart glued it all together first and then glued it to the shoe and then nailed it together so this way it's nice and solid there won't be any cracks there after you finish him okay let's continue all right it's all finished I put some brass nails in the heels so that way it'll prevent it from wearing out fast also we've got the French tips of course the gr soles and that's it thanks for reading the Blog. Top 100 Best casual shoes for men

Your blog is incredible. I am actually delighted to read this post that carries a lot of helpful information. Your content is very useful to understand and now I also get the concept of comments in WordPress. Thanks for sharing with me.Great post. I have been commenting a lot on several blogs lately, but I hadn’t thought about my approach before you brought it up. I’m going to refine my strategy now that I’ve read this. And yeah, I am definitely sharing this on Facebook and Twitter, too. Thanks! best auto liker best auto liker best auto likes

I really like and appreciate your post.Thanks Again. Keep writing.
clipping path


I am very grateful you did share your knowledge here. It is an excellent post
Ghost Mannequin services
Photo Editing Services

my name is emily dab

Every day something happens to me. I don't know what to make of it. When i get up in the morning and get dressed, I can tell-- something's different. I like to touch my eyelids, because they're never quite the same. Oh, oh, oh! I hug myself till my arms turn blue, then I close my eyes and cry and cry till the tears come down and I can taste them. I love to taste my tears. I am special. I am special! Please God, please, don't let me be normal! 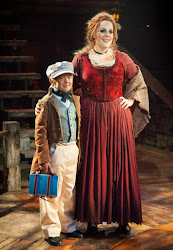 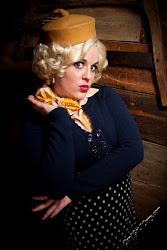 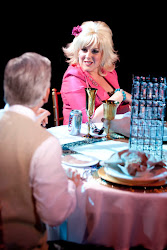 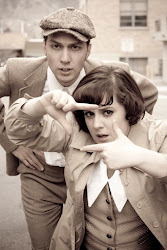 people i wish i knew

these ones inspire me